Beer: I drank my last beer, at 2:00 PM, so sad, and since I polished off the last of my cheap wine last night, I went without tonight. So sad. I could’ve gone grocery shopping and resupplied for the critical items (beer, coffee, wine, chocolate), but I’m trying this whole new thing called “living within your means”, which means, spending no more than you earn. I’ve never done this before. It. Is. Hard. The second career as an Uber driver is beginning to look more and more attractive. Just think, I’d spend my evenings driving drunk people around and I’d get paid for it, as opposed to spending all my money at wine bars and taprooms and then on Uber home and Uber, again, in the morning, to pick up my car.

Number of kisses from my sweetie: zero, so sad.

Action and adventure: none. It is my “rest” day, really. I’m a tad sore after three consecutive days hiking, followed by a ten mile running race. I half-heartedly did deltoid raises and bicep curls while on the phone, working.

NetFlix for tonight: Miss Pettigrew Lives for a Day

Spotify today: 57 songs added to my “Trippin’ ‘Round Spotify” playlist (details below). It’s what I do when I’m a little bored.

Number of pictures taken: Only eleven.

Number of selfies included in pictures taken: Only three.

Number of times I used the word “fuck”, out loud: only four, not bad.

Number of work emails I marked “read”, without reading: twenty-nine 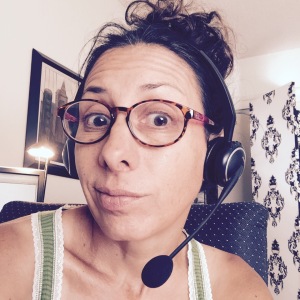 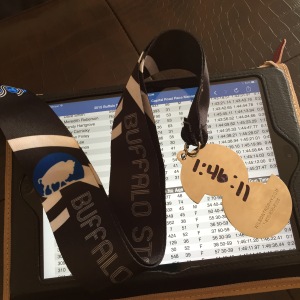 Recording my official race time from yesterday on my medal, so I won’t forget. Because I’d forget, in about five minutes.

Lunch. On a budget.

Beer and a blog. 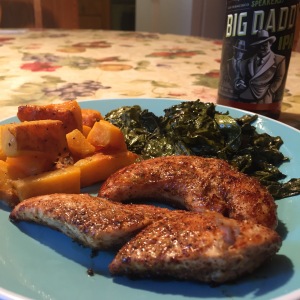 Dinner, working on the last bits of food in the fridge before shopping.

Blog, beer, and building out my Spotify playlist

From the NetFlix Watchlist. And some ice cream.