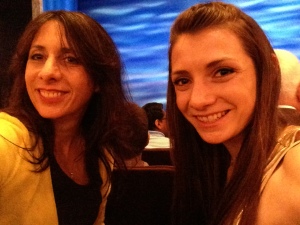 I do not have any one friend, however, that loves to do all those things. Or even several of the same things. It may not be possible, but it would be lovely.

As my daughter was growing up, she oft commented that she didn’t have any one friend that loved all the same things she did. Or even several of the same things. I told her it may not be possible, but it would be lovely.

While in her teenage, we spent a lot of time in the car together, driving to and from various interests and activities. Given the list above, I’m sure you can imagine. During those many hours in the car together, we talked. We talked and talked and talked. We spoke frequently of our friendships and that longing for that one friend that did EVERYTHING! Not that it’s possible, but it would be lovely. We came up with a name for this rare, perhaps fictional being; Swiss Army Friend. Like a Swiss Army knife, adaptable, ready for anything, handy, available, eager to please, functional, pleasing to look at, in good taste, possibly a life saver, can open beer bottles and remove corks from wine bottles. So many great attributes. A Swiss Army friend can sit next to you on an airplane, a Swiss Army knife cannot, so a Swiss Army friend would be even more useful than the knife.

As the years pass, still no Swiss Army friend has manifested in my life, nor in my daughter’s. Though, that isn’t totally true; we’ve realized that we are not just mother and daughter, but also great friends, in fact, Swiss Army friends. We do like to do all the same things, at least most of the time. It is lovely. But, she lives 3,000 miles away. So, I continue my quest, as does she.

When we are together, once or twice a year, we have more fun than should be legally allowed. Factually speaking, some of the fun we have is, well, not completely legal. We’re not felonious. Just a little mischievous, a bit deviant.

I recently returned from a trip to upstate New York where my daughter/Swiss Army friend resides. I was there for about a week and for about five minutes of that time I was neither tipsy nor hungover. We shopped, we went to the horse races in Saratoga Springs where we wore really funny hats and concocted our own sparkling beverage, we went to see Slipknot, Lamb of God, Bullet for my Valentine, and Motionless in White in concert, we ate fabulously well, we went to a polo match and snuck in a bottle of wine which later inspired a bartender to name a cocktail after our shenanigans, we hiked in the Adirondacks where we drank beer, ate pistachios and performed crazy leaps, for selfies, on top of a waterfall, we had a picnic complete with a bottle of wine, on stand up paddle boards in the middle of Saratoga Lake. 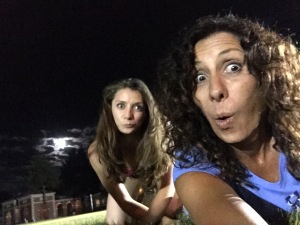 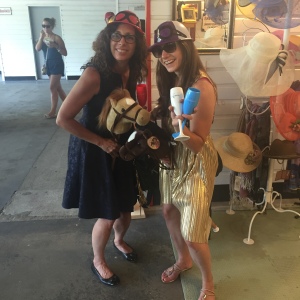 Other times we’ve been together:

We once took a subway tour of Manhattan with mimosas in our water bottles and rode every carousel we could find. This tour took us from Central Park to Dumbo in Brooklyn. At one point, we ran out of mimosas, so we bought a bottle of Prosecco and decanted it into our water bottles. In the garden at City Hall.

Another time, we sat on the sidewalk outside of Tiffany and Co. on Fifth Avenue in New York City and ate breakfast, just so we could say we’d had “Breakfast at Tiffany’s”.

When we are apart, I find that I have very few friends my age who are close to me in age. I know that seems like a contradictory statement, but it’s true. My friends who are near my chronological age do not act much like I do. They like a few of the same things I do, but not some of the more funner stuff. It is for this reason that I am often a “solo-hiker” (solo-runner, solo-paddler, solo-fisher, solo-backpacker, solo-camper, etc.).

I’m okay with some solo time. I’ve discovered I am a great friend, I like me. I think I’m funny, I laugh at all my own jokes, I can finish my own sentences, I can hike and run and paddle and drink at the same rate as, well, me. I enjoy great competitions with myself, always trying to be faster, stronger, trying to go further. I am my own Swiss Army friend when the circumstances necessitate. Which is quite often. 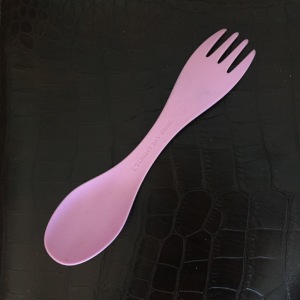 It is good to have many interests, it is good to have many friends. It would be lovely, though likely not possible, to have many good friends who like ALL the same many interests as you. As it isn’t likely to happen, it is perfectly okay to seek out those who share whichever interest is of interest to you on any given day. It’s like having a fork, or a spoon, or, perhaps even a “spork”. Limited purpose friends are still great friends! And, other times, it is far better to be your own friend and go and do and live and experience, than to sit home and wait for that fictional being to magically appear in your life and sweep you off your feet; the Swiss Army Friend.